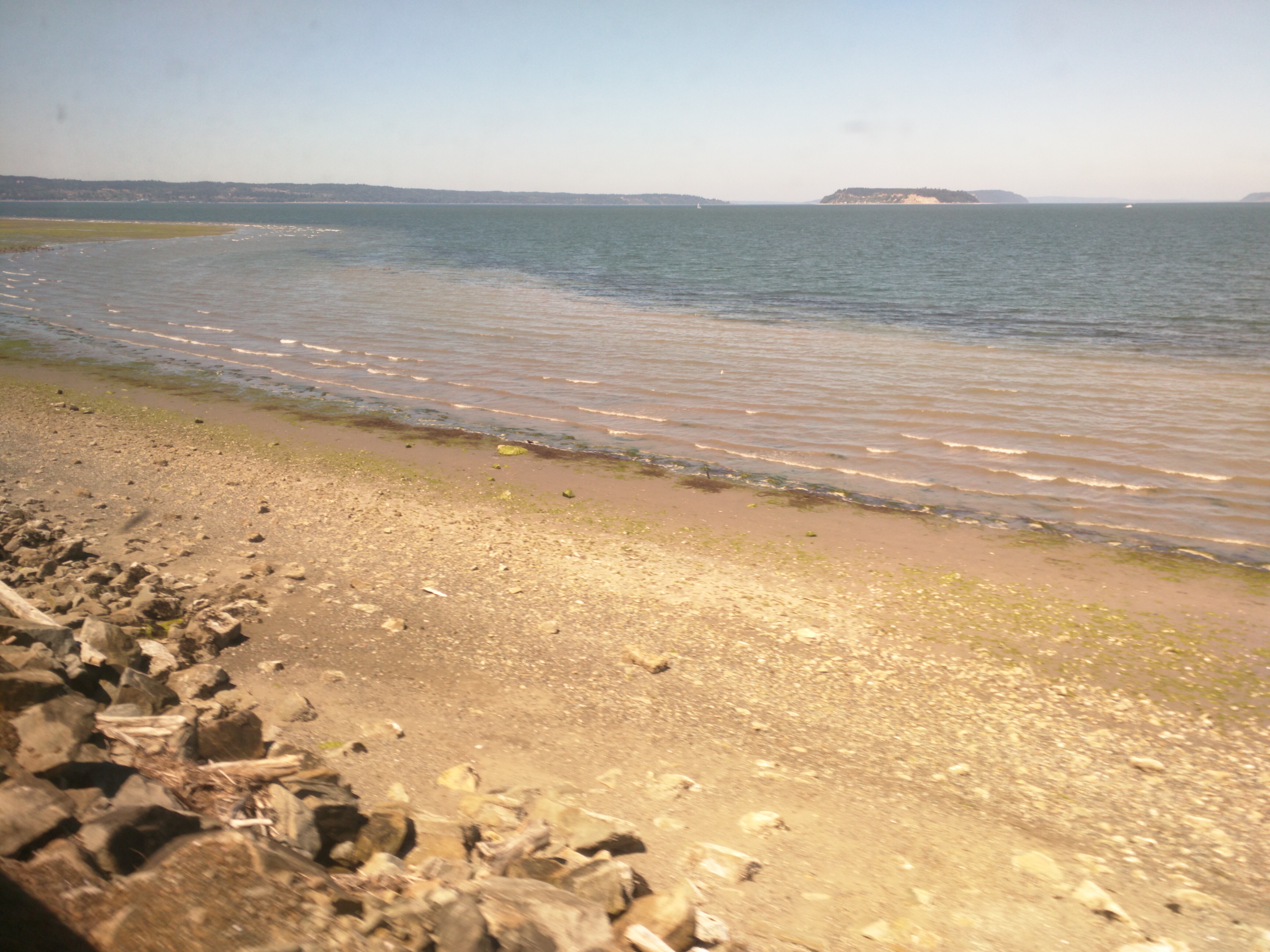 All Aboard Washington is concerned that the proposed 2022 “Move Ahead Washington” transportation legislation does not adequately anticipate leveraging the $66 billion in Federal funds for rail that the Bipartisan Infrastructure Law (BIL) provides. BIL funding will be essential to help achieve our state’s climate, traffic reduction, and transportation safety goals. ”Move Ahead Washington”, as currently proposed, does not anticipate upcoming rail-related BIL Federal grant opportunities for existing Amtrak Cascades service in our state by maintaining the uninspiring status quo.

The current “Move Ahead Washington” plan sets aside $150 million of state funding for the development of ultra-high-speed rail (UHSR) in Washington. But expanding the Amtrak Cascades is foundational to making UHSR a reality in the Pacific Northwest. Intercity passenger rail services are complementary to UHSR services, utilizing upgraded existing infrastructure to initiate service in a quick, cost-effective manner and creating a large constituency of train riders who are more open to supporting long-term UHSR projects. This is why the original implementation plan for UHSR, codified by the 1993 Washington legislature in (HB 1617), emphasized the necessity to complete an initial rail corridor development plan as a way to foster ridership and support for trains in our region, in-line with international best practices. Amtrak Cascades was created because of this legislation, and so far has performed remarkably well with modest investment.

The current Amtrak Cascades train service, between Vancouver, B.C., and Eugene, OR, routinely drew 800,000 annual passengers out of the sky and off the roads pre-pandemic, while running less than half of the service that similar corridors do in California and on the East Coast. Right now, there are only three daily Amtrak Cascades round trips to Portland from Seattle. Officially, the legislature and DOT will grow this to six daily trips as we recover from the Pandemic. That’s not enough. Six round trips is the exact level of service the corridors in California had in 1991; now the Capitol Corridor between the Bay Area and Sacramento, and the Pacific Surfliner between Los Angeles and San Diego run all day, every hour. They draw millions of annual passengers. They are the foundation of California’s High Speed Rail project. That means we are thirty years behind the curve with our own groundwork for UHSR - Amtrak Cascades needs to run more often and touch more of the state.

Expansion of Amtrak type service from Seattle to Spokane via Yakima and the Tri-Cities is projected to perform competitively with other intercity passenger rail corridors even with fairly low frequency of service.

While UHSR is more cost-effective than further highway expansion and satisfies a long-term need for the Pacific Northwest, UHSR will require 30+ years and billions of dollars to achieve any benefit Meanwhile, traditional intercity passenger rail services such as Amtrak Cascades can be improved and expanded within a relatively short  time frame thereby providing near-term economic, social, and climate related benefits.

Washington State must identify its rail project priorities and aggressively compete for the newly available Federal BIL funds so Cascades can, after decades of insufficient investment, reach its full potential.  Implementation details of this unprecedented BIL are still being developed. An important aspect of BIL implementation  is the process of designating “intercity passenger rail corridors” (BIL §25101) by the Federal Railroad Administration”. The importance is that designated intercity rail corridors will be the preferred candidates for Federal funding.

“Move Ahead Washington” plan provides no state funding for traditional passenger rail to take advantage of Federal matching funds, nor for any conceivable new improvement in Cascades service. Rather, “Move Ahead Washington” provides $150 million exclusively for UHSR, ignoring international best practices and sound planning from 1993 which encouraged the creation of Cascades and East-West rail services as a firm foundation for future UHSR services.

Why is that so? – given that our Washington State 2019 Rail Plan states:

“Further study is needed for the Legislature to determine if an east-west intercity service is warranted. A more up-to-date and in-depth study would provide insight into whether intercity passenger rail service would be beneficial and feasible. Preliminary studies like this are used by decision makers to provide insight into the potential direct and indirect effects the service would have for Washington." (p. 84)

We now know, from the July 2020 Washington State Joint Transportation Committee (JTC)-directed study that East-West service via Stampede Pass is technically and operationally feasible. Our Legislature has wisely invested in passenger rail and  positioned our state to obtain funds from the federal government over the past three decades with  extremely successful outcomes. Now, unexplainably absent from the “Move Ahead Washington” legislation is any mention of follow-on work needed to determine the return on investment of East-West passenger rail service or any direction for continued investment in Amtrak Cascades.

The time has come to improve our existing North-South Amtrak Cascades service and provide similar benefits across Washington by  establishing East-West passenger rail service. After decades of half measures, our federal government is rightfully stepping up to support an improved national passenger rail network. This dramatic investment will increase ridership and raise the standards of our passenger rail program to those that Californians and the Northeast Corridor states enjoy, and is necessary to foster the train-riding culture the Pacific Northwest needs for UHSR to succeed. Washington State is on the verge of missing this once-in-a-lifetime opportunity by neglecting to provide funding for existing passenger rail services in its own transportation package this year. The best thing that can be done to support UHSR is to follow the wisdom of RCW 47.70.79 and aggressively improve and expand Amtrak Cascades service in conjunction with  UHSR planning.

Our Amtrak Cascades service could be enhanced to perform similarly to California’s Capitol Corridor and Pacific Surfliner services by offering frequent all day service, serving multimillion passenger ridership, substantially bolstering local economies, and minimizing carbon footprints across the entire Northwest. The federal government could potentially provide  the majority of the funds needed to complete this vision within the timeline of the “Move Ahead Washington” proposed legislation, representing monumental benefits to the people of Washington. However, with  no mention of intercity passenger rail in our state’s  16 year funding plan, asking for federal funds will be difficult to justify.

The Washington State Department of Transportation (WSDOT) has been instructed by the Legislature to develop a Service Development Plan (SDP) for the Amtrak Cascades. In order to best leverage its prior investments, our Legislature needs to ensure that the SDP includes service goals commensurate with those contained in the “Long-Range Plan for Amtrak Cascades” (2006):

An Amtrak Cascades service Service Development Plan should be designed to achieve the benefits of similar successful programs in California, and of those presently being developed by the Commonwealth of Virginia. This is a reasonable expectation, achievable, and thanks to the BILl, affordable for our state. WSDOT must expedite completion of the SDP to be positioned to acquire federal funding for rail improvements in Washington State that will help meet our climate, traffic reduction, and transportation safety goals.

A Short Update on AAWA's Activities

Our response to a discussion of east-west service on the Amtrak Unlimited online forum....

All Aboard Washington is concerned that the proposed 2022 “Move Ahead Washington” transportation legislation does not adequately anticipate leveraging the $66 billion in Federal funds for rail that the Bipartisan Infrastructure Law (BIL) provides. BIL funding will be essential to help achieve our state’s climate, traffic reduction, and transportation safety goals. ”Move Ahead Washington”, as currently proposed, does not anticipate upcoming rail-related BIL Federal grant opportunities for existing Amtrak Cascades service in our state by maintaining the uninspiring status quo....

All Aboard Washington's Luis Moscoso discussed the need for increased rail funding on KING5 news....

All Aboard Washington is concerned that the 2022 Move Ahead Washington package does not take advantage of, or plan to leverage, the $66 billion in Federal funds for rail that the Bipartisan Infrastructure Bill (BIL) provides. This funding will be central to helping the state achieve its stated climate, traffic reduction, and transportation safety goals....