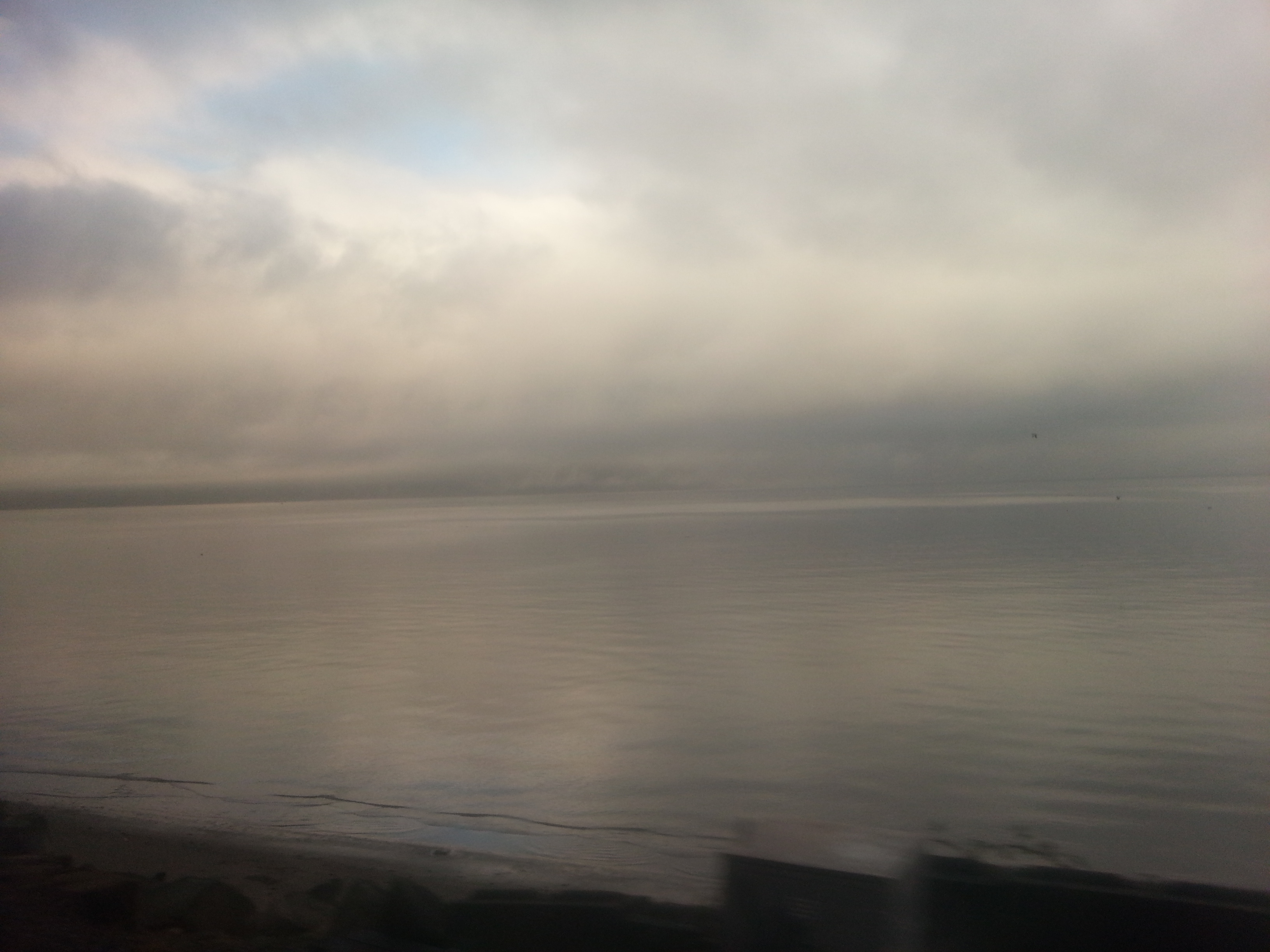 July 10, 2022
Seattle Times: "Gary Wirt, vice president of the advocacy group All Aboard Washington, says a ruling in favor of the freight companies could kill passenger rail for good — including here in the Pacific Northwest."

January 18, 2022
Fast Company: AAWA's Charles Hamilton on why the Pioneer and North Coast Hiawatha lines should be revived

December 3, 2021
Cheney Free Press: "All Aboard Washington will host an online meeting Saturday, Dec. 11, to review actions being planned for next year in the organization’s effort to return passenger train service to several Eastern Washington cities."

November 16, 2021
"Yakima could see highway, airport and rail funding as a result of infrastructure bill"

November 11, 2021
AAWA's Charles Hamilton weighs in on "What the infrastructure bill might do for rail transportation in Washington and Idaho" in the Spokane Spokesman-Review.

September 27, 2021
All Aboard Washington's Patrick Carnahan speaks about rail safety on KHQ Spokane. 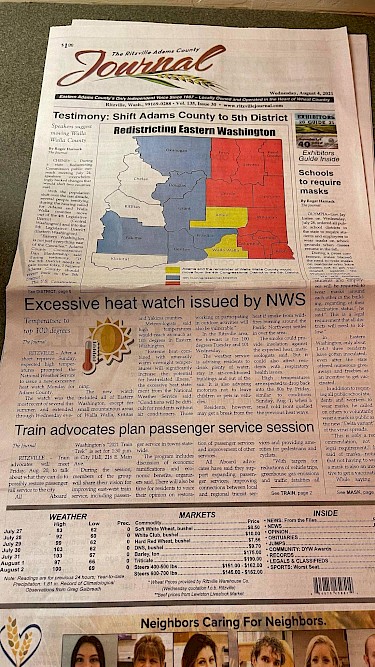 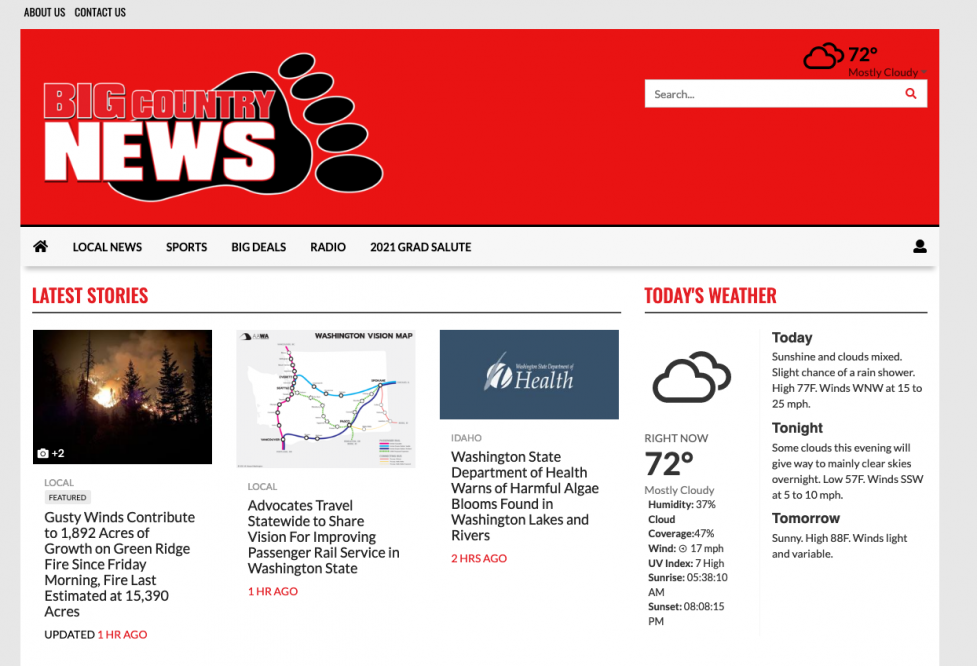 June 7, 2021
AAWA's Patrick Carnahan's article on "Reviving a Rail Revolution: How Washington Can Get Back On Track"

May 26, 2021
Spokane Spokesman-Review: Amtrak loses money on long-distance routes like the Empire Builder, but passengers say they offer a service worth investing in (PDF)
'Harvey Bowen, the Rail Passengers Association’s Washington state representative, said adding trips on shorter-distance routes could help fix some of the shortcomings of Amtrak’s long-distance routes.
'“One of the major existing problems with the Empire Builder, and indeed many existing routes, is that it serves certain cities in the middle of the night, such as Spokane,” Bowen wrote in an email.
'“There also is not enough equipment so the train is often sold out,” he added. “Due to being chronically sold out, ticket prices rise and is a problem for equity with people who have limited financial resources to travel.”
'Investing in more frequent trips on shorter routes could also make train travel more popular as it becomes more convenient, said Charlie Hamilton, co-executive director of the rail travel advocacy group All Aboard Washington.
'“One train a day is fine as a starting point, but it needs to be multiple (trains) in order to be successful,” he said. “If you look at California, the fact that they have been so successful is very much related to the fact that they run very frequently.”'
https://www.spokesman.com/stories/2021/may/26/amtrak-loses-money-on-long-distance-routes-like-th/
Orion Donovan-Smith's reporting for The Spokesman-Review is funded in part by Report for America and by members of the Spokane community. This story can be republished by other organizations for free under a Creative Commons license.

April 22, 2021
The Urbanist says "Passenger rail advocacy group All Aboard Washington has suggested restoring Cascades’ northern service to Bellingham and even Blaine despite the border closure."

April 13, 2021
AAWA's Patrick Carnahan talks about transportation equity for all parts of the state on KHQ television, Spokane (around 6 minutes into the episode).

March 11, 2021
The Urbanist posts about AAWA's presentation to the WA House Transportation Committee

February 16, 2021
Sierra Club Washington: "How passenger rail is integral to our environmental goals and can help fight climate change"

November 9, 2020
"Daily passenger rail service ends in Spokane; can it come back?"

June 26, 2020
The Urbanist posts AAWA's reaction to the East-West study: "AAWA: All Aboard Washington Responds to East-West Passenger Rail Study"

December 23, 2019
"Plans to beef up Amtrak Cascades service in 2020 beset by multiple uncertainties"

July 18, 2019
All Aboard Washington's meeting in Blaine has generated media coverage from both sides of the border.

August 25, 2017
Yakima Herald: "Want passenger rail in the Yakima Valley? Here's a chance to say so"

May 21, 2016
Yakima Herald: "Reviving the long-lost locomotive dream in Yakima"